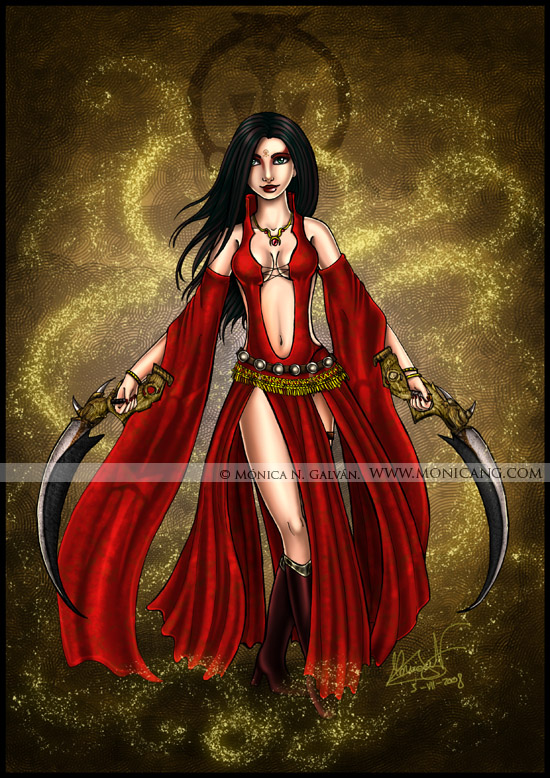 I did the lineart in July, bored at an anime-con, but I didn’t had inspiration for coloring it before XD

Kaileena is one of my favourite game characters, surely because she has some things in common with my own charas.

In this version I mixed the game outfit with the artworks and video scenes of Warrior Within. The weapons were very hard to do, because I has to watch again and again the details in the game intro .__.

Kaileena is not my character. She’s from Prince of Persia «Sands of Time» Trilogy.