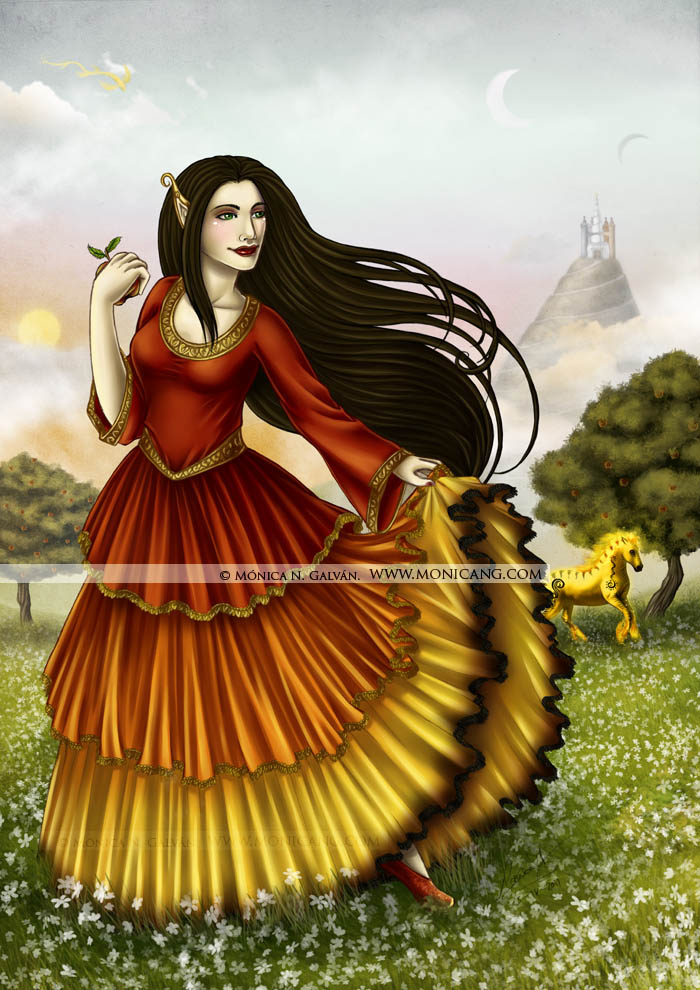 This time featuring Fantia, a Minor Goddess of my world and many novels. She is a fire spirit and the Arundier of love and passion, she also take care of the Sun Horse spirit Faol. (in the pic too)
Her flaming dress are described as a red poppy.

The background was the hardest part: it’s Arunor, the land of the gods from my novels. It’s described as an island with a extension of green hills with lots of white flowers and apple trees.
The Sun and the moons are always visible on the sky (and also the storm spirit, my favourite), and the castle over the highest hill is where the gods reside.

I know that if the sun is here the whole light is not correct, also that a dark moon is not visible in sky. Also that if the sun horse is on the land the “sun star” couldn’t be in the sky.
But this is the land of gods, and in my world this is a kind of artificial realm created by magic, all is perfect and the light is from an ambient source or same effect.

· Lines with mechanical pencil, coloured at SAI and final brushes at PSC4!