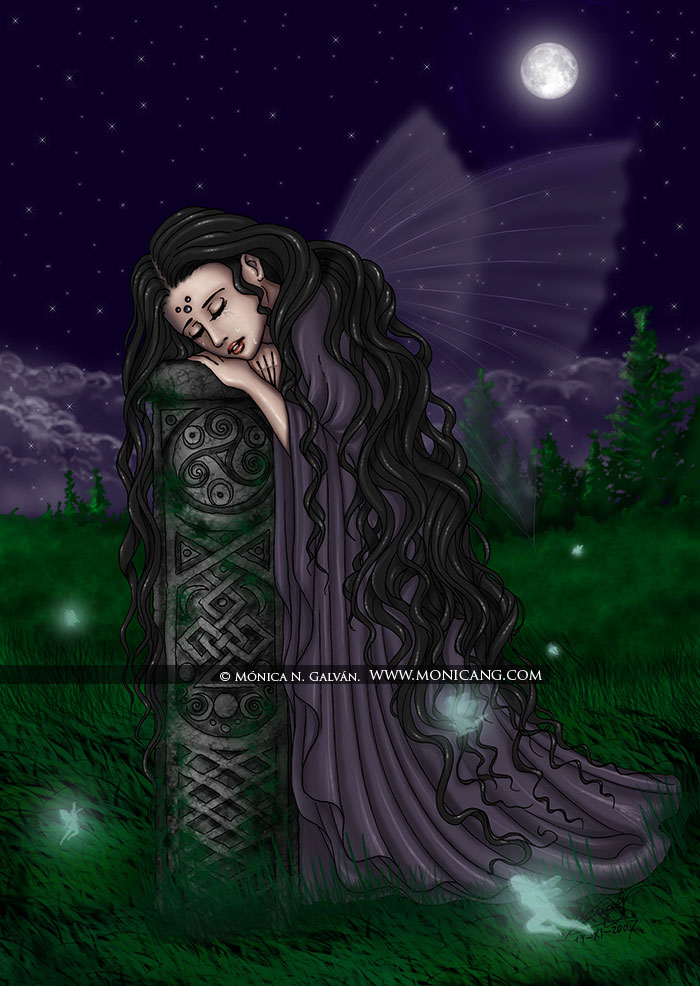 The new drawing for my website layout, my character Miserere in her faery form.

Name: Miserere
Age: 18
Race: Half human, half sidhe.
Appearance: Miserere is small, black haired (with a VERY long hair) and tan skin like the ancient race of the sidhe. Her eyes have a mix of purple and brown, and her sidhe form has two soft butterfly wings at her back.
Personality: Miserere is shy and lonely, she lives between the court of her father and the forests of her druidess mother.
Style: The likes long dresses of dark colors like black, purple and deep blue.
Likes: She loves nature and animals, her gods live in them!
Dislikes: She hates the invasors of her lands, that destroy the sacred forests.

Story: Miserere was born into a christian court. Her mother was a druidess with the ancient blood of the sidhe. When her mother died Miserere escaped from her home, and she lived with the sidhe in the forest for many years, visiting the tomb of her mother every season.