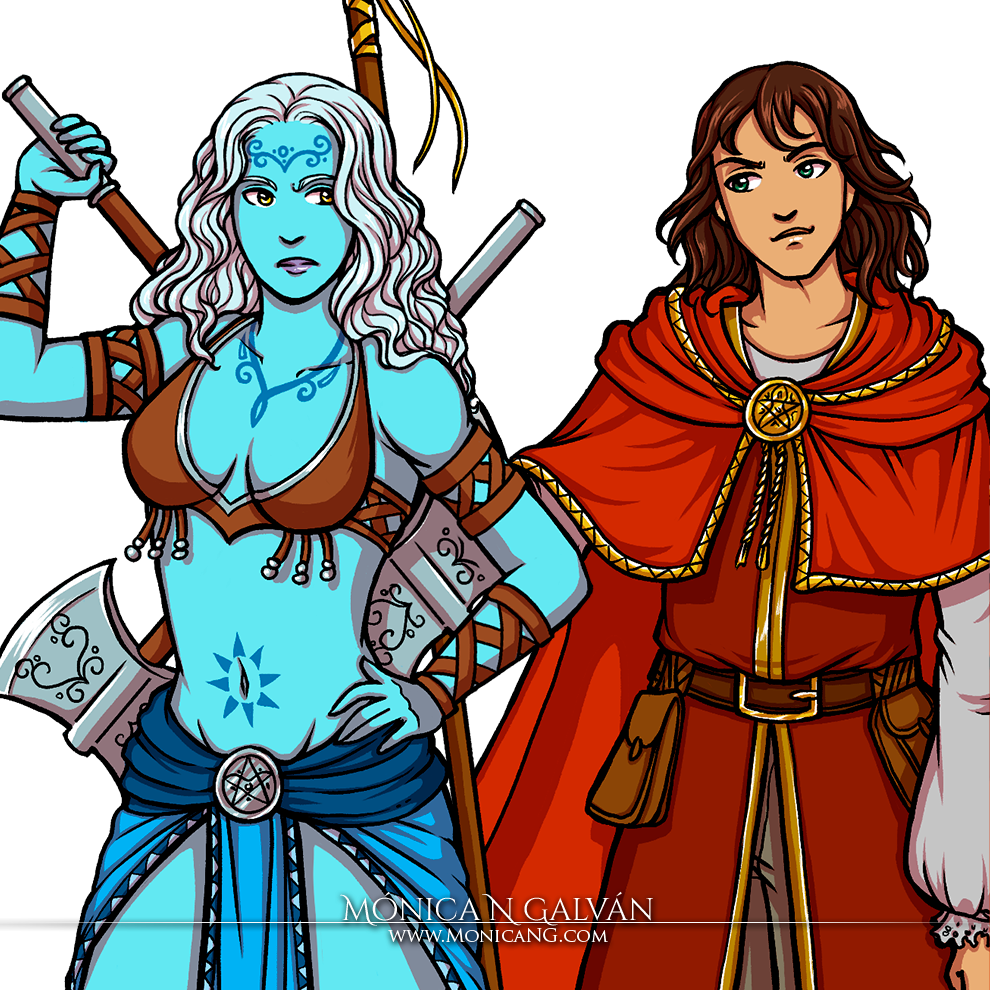 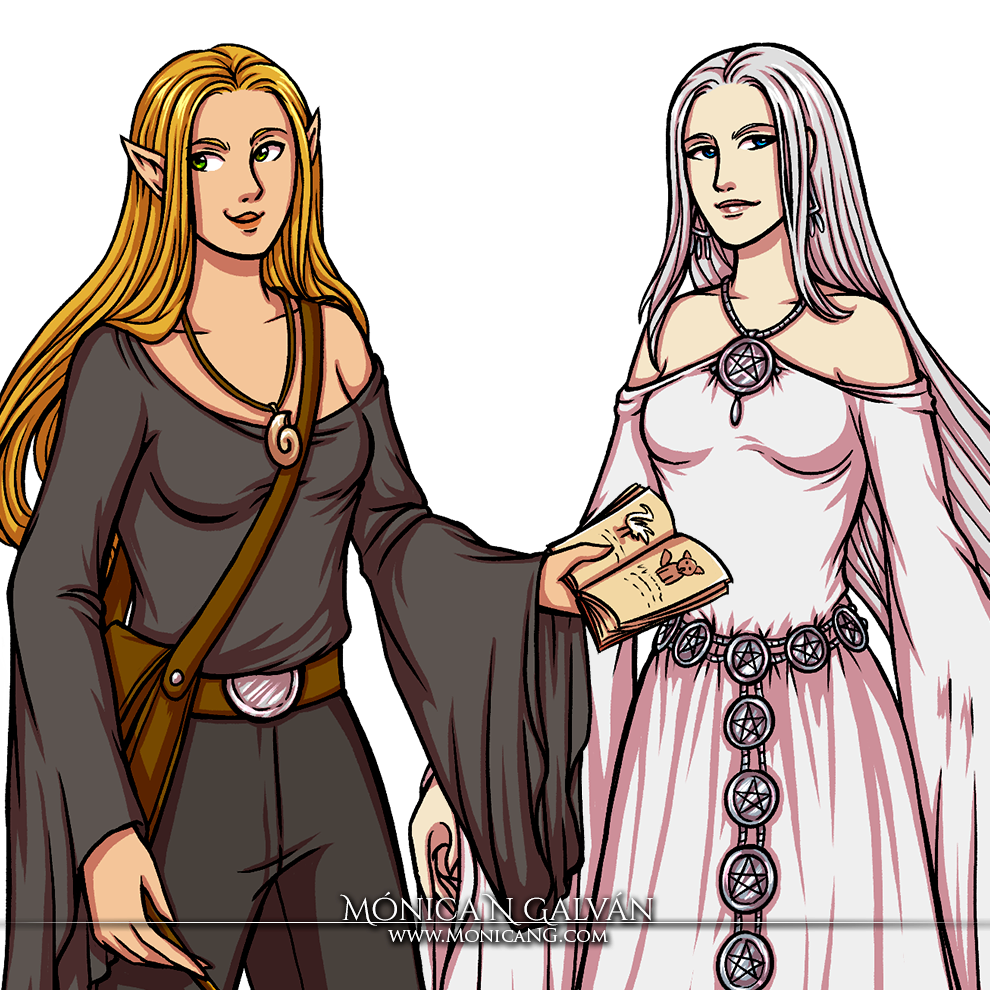 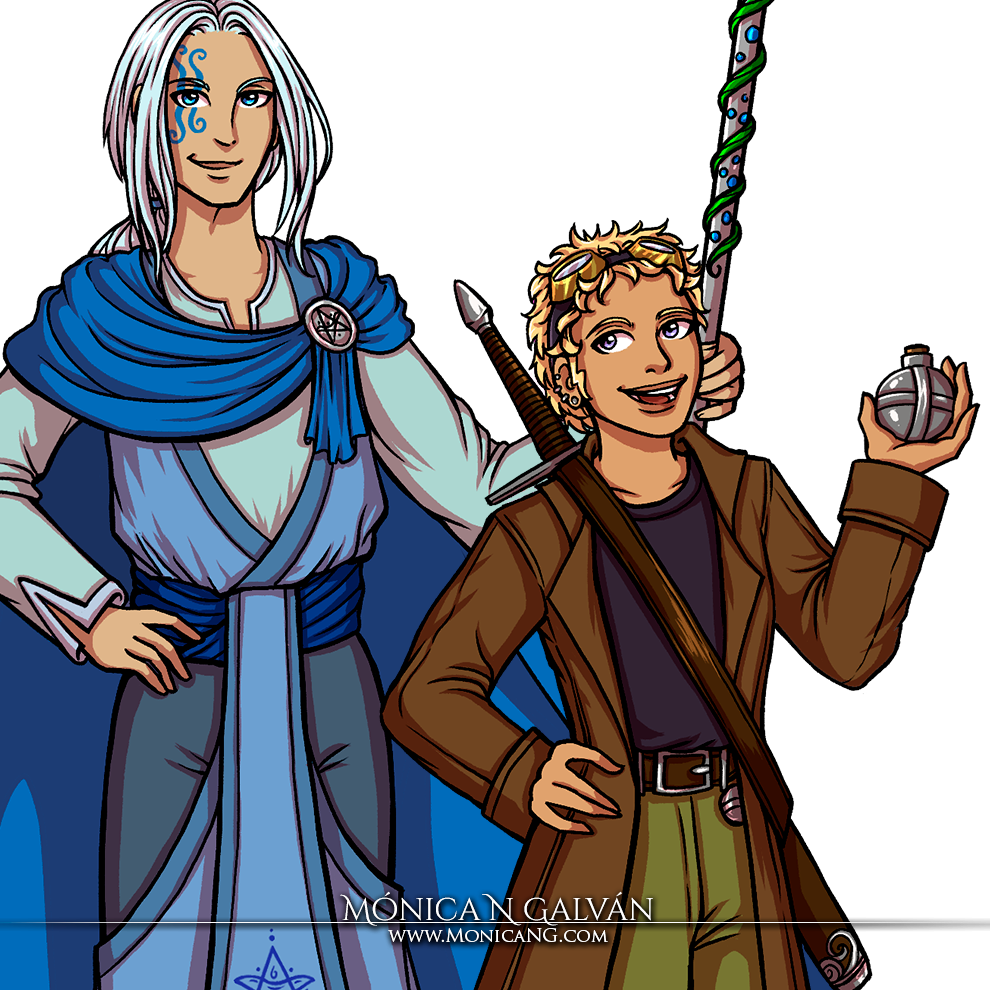 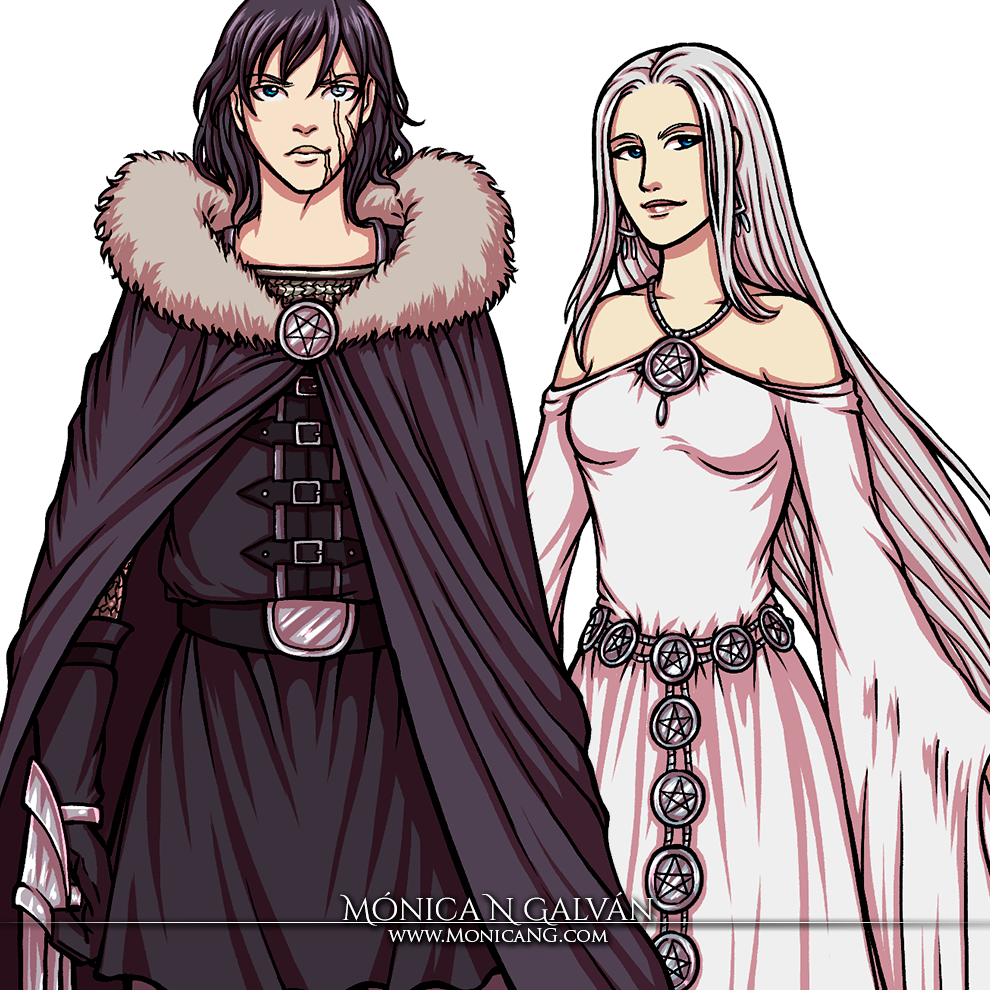 Character profiles from Horror Vacui (El refugio) with their height and starting clothes. Big redesign for Kleus and Iule included 😀

❄️Aima is an ice barbarian and the daughter of the master of water. She witnessed his death and is accused of it. And she wants revenge and to clear her name. She fled to the mountains, where she met Kleus and Kelvi.
Aima is a young woman of strong character, temperamental, very determined, although to others she shows herself as someone distant, cold… yet she can feel the feelings of others with her touch. She has been educated in magic but prefers to fight hand-to-hand.

🔥 Kleus is the son of the former master of fire. Both his parents were killed in front of him when he was a child, which made him want to travel the world to learn all styles of magic, become a celestial mage… and defeat the murderer of his family.
He doesn’t want to admit it, but he feels very identified with Aima and during her mourning process he creates a very close bond with her, even if in the eyes of others he only challenges her.

🐺 Kelvi was born within the forest people and can shapeshift into a wolf. She travels around the world as some sort of biologist, registering animals, plants… is curious and determined but cold and distant with strangers. She can be very vengeful, especially when someone harms nature.

🐲 Ishrin is a white dragon disguised as priestess of the goddess of light. She has healing powers and literally cannot lie. (spoiler zone) She’s spying humans for her dragon masters and literally is a slave of her superiors, but joins the group because her protégée was murdered. She also has an affair with the assassin. (end of spoilers) XD

🌊 Iule is a water mage from the people of the sea. He’s appears to be a prankster, talker and flatterer. On the other hand he has an analytical mind and likes to keep things very well tied up. He likes order and has, if necessary, even leadership qualities. He likes to tease Aima, or perhaps is something else?

💣 Aidora is the captain of an airship from the air people. She has no magical powers, instead she is… Explosive! Active, brave, curious, foul-mouthed, responsive, impatient… Like her bombs.

💀 Ernel is the bad guy of the first book. A vacui assassin that can shapeshift into any form. He is tied to Ishrin with a very strong emotional bond. His relationship with her could be described as passionate, wild, animal… Whether he loves her or not, Ernel would be capable of anything to possess her completely.